A Coaches View...
BE AN ENCOURAGER, THE WORLD HAS PLENTY OF CRITICS
- DAVE WILLIS
“The fact is that kids learn to make decisions by making decisions, not by following directions”
- Alfie Kohn
AARON TRAVERS
Having spent my life as a student of the Beautiful Game and having gained some fantastic experiences playing and coaching, I have taken on the challenge of writing my own articles! I will draw upon my experiences, and express my own opinions and views regarding the role and responsibilities of being an evolving Football Coach.

Personally, I have coached a range of ages from 5 years old to Senior players. The two main clubs where I have coached in Jersey are  St.Pauls FC and Grouville FC, also before moving to Australia in 2009, I was part of the coaching team for  the Senior Jersey Ladies Representative Squad.

My coaching pathway began at the age of 17 years old, and my first coaching badge was the Junior Team Managers Award in 1999. Things have changed in game massively since then, and I am totally committed to improving the level of football participation and quality in Jersey,  not only on the playing front, but also to introduce a new wave of young coaches to the game. 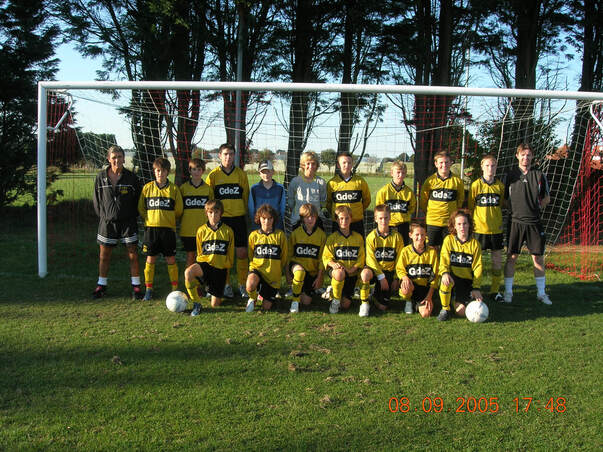 What inspired me to start coaching?
​I got involved in coaching from a young age through my passion for the game and wanting to learn more about it. I loved talked football with my coach and understanding tactics and different positions from the age of 14.

The older I got, the more I learnt and the more I realised that my real passion is about child development. Helping young people learn something new, succeed in a new tasks, a new skill, to recognise a problem and overcome it.

Guiding young people achieve something they never thought they could, to support them grow in confidence, increase their self-esteem and believe in themselves is an absolute privilege and it keeps me coming back for more.
How has my Coaching changed?
Before: Currently:- 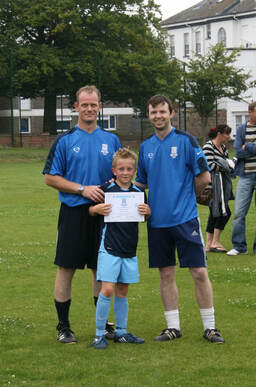 My Core Values
​To encourage a life long love of sport!
By being a positive role model by meeting with parents and children on arrival; introducing them to coaching staff; building relationships by communicating with parents what GS United is about and who we are; allowing parents to observe sessions; ensuring children and their parents feel safe and secure in a positive, fun and engaging learning environment. Modelling good behaviour

Child development first, football second.
By focusing on the individual person and supporting their learning of life skills through football (holistic approach) by using the FA Four Corners model and having a philosophy built around development.

Respect.
Ensuring coaches follow our ‘Best Practice Policy’. By developing positive relationships through effective communication gaining trust and understanding. Shake hands policy for all players and coaches, ensuring coaches meet and greet every player on arrival getting to know the player by talking about other things in life aside from football. ‘

Continuous education.
By gathering more knowledge to help educate all involved. Having a professional approach and dedication to learning, striving to be better always. Growth mind set. By attending CDP events, Webinars and being a member of FALCC I cascade information to parents and players through writing articles and passing on information from the FA through Social Media and email.

Hard work.
By being prepared. By planning, organising, delivering and reviewing with players, parents and coaches to ensure all are included. Self reflection. Encouraging the same in others. By responding quickly and appropriately to any queries; Plan, Do, Review practice sessions with coaches and players giving feedback. By working to improve on all aspects of coaching.

Integrity.
By having the moral and ethical conviction to do the right thing. Setting an example. By ensuring all registered players’ parents complete Codes of Conducts and challenging inappropriate behaviour swiftly and effectively.
Proudly powered by Weebly